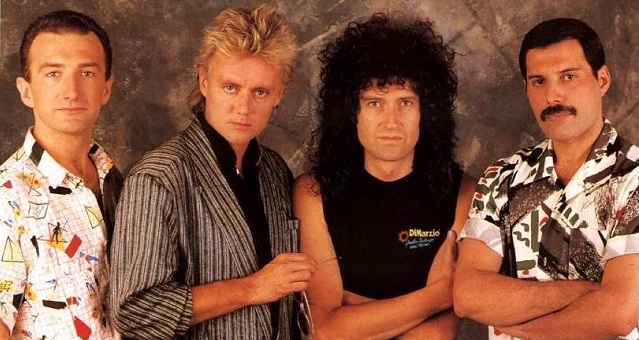 We’re going to talk about the famous rock band : Queen, which appeared in 1970 and ended with the leader’s death in 1991. Nowadays, the band still exists with Adam Lambert who has replaced former singer Freddie Mercury.

The group was composed of : Freddie Mercury as the lead singer, pianist and composer of the songs. Brian May, (best) guitarist (ever ;). John Deacon who plays guitar and bass and who also composes. And finally, Roger Taylor, the drummer. Those three were also the choristers. The name was found by Freddie Mercury himself. Short, so easy to remember and meaning Queen of course but also homosexual in British slang. The name is really interesting because Freddie Mercury was homosexual, it was a kind of innuendo (the title of Queen’s last studio album released in 1991)

They had to wait until 1974 to know their real success thanks to their album : «Sheer Heart Attack». This album won a gold record. In 1980, Queen released their really famous album called «The Game». In this album, they are using some synthesizers for the first time, knocking down their own tradition.

At the «Rock in Rio» festival in 1985, Queen succeeded in filling up all the places by opening and closing the event. 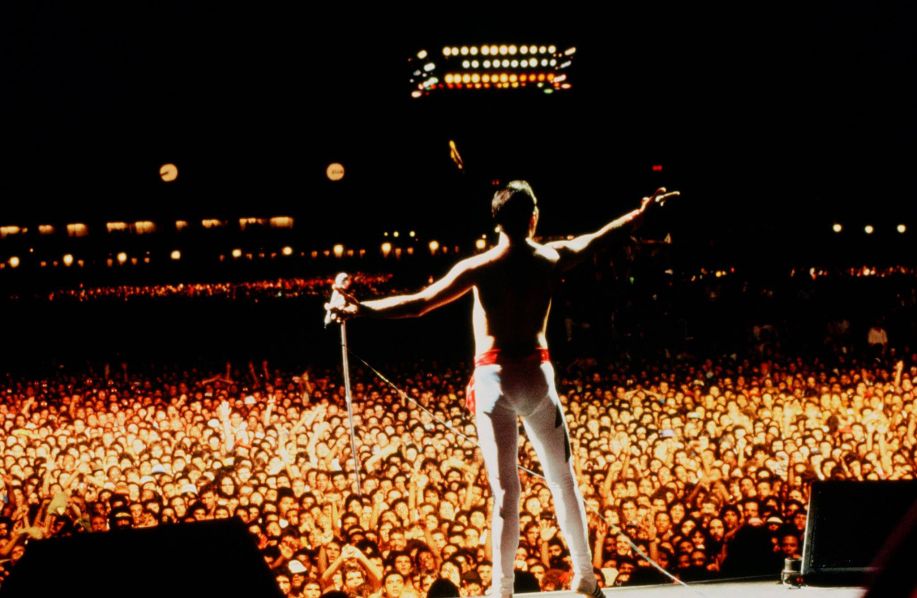 The band has made two original soundtracks ; one for the movie «Flash Gordon» by Mike Hodges in 1980 and one for «Highlander» by Russel Mulcahy in 1986.The song «Princes of the Universe» has also been used for the opening of the series Highlander. Queen had its own season in the TV show «That’70s Show», meaning that the season’s eight episodes were named with Queen’s songs. In all the songs Queen have composed, we can remember ; «We Will Rock you» by Brian May, which led to many covers and specially by the group KCPK for the publicity of the French mineral water «Evian». The second song is «We Are The Champions» by Freddie Mercury which became a sport anthem. Those two songs were number one in the United States of America and it is thanks to this album «News Of The world» that the band became famous in France too.

They are considered as «the best British group of all times» ahead of The Beatles and The Rolling Stones. It was admitted that Queen has contributed to many styles of music like  heavy metal, arena rock, progressive rock, glam rock or pop rock. So they were quoted many times as a reference by many other artists such as Guns N’Roses, Metallica, Muse, Mika, Nirvana, Lady Gaga, Michael Jackson or Smashing Pumpkins. We know that Michael Jackson and Freddie Mercury were close at the beginning of the 80’s and Jackson quoted the album «Hot Space» like a huge influence in the creation of his well-known song «Thriller». Originally, Mercury was actually supposed to appear in the video clip.

We can also remember all the prizes that Queen received, for example ;

In 2003, Queen became the only band in the world to enter the «Songwriters Hall of Fame».

In 2009, Freddie Mercury was elected as the «Ultimate God of Rock» by OnePoll on a list of over 4000 rock stars. Thus, he outdistanced Elvis Presley by few votes.

On the 24 november 1991 marks the end of an era with Freddie Mercury’s death at the age of 45 years old. On april 20th 1992, a concert was given at Wembley in the memory of Mercury called the «Freddie Mercury Tribute». Over 10 rock icones were there, singing Queen’s songs with the three other members. George Michael, Elton John, Guns N’Roses, David Bowie, Metallica, Liza Minneli were there. This concert entered the Guiness Book of Records as «the biggest charitable rock concert» and enabled to collect about 20 millions dollars of donation against AIDS, since Freddie Mercury unfortunately died because of AIDS.