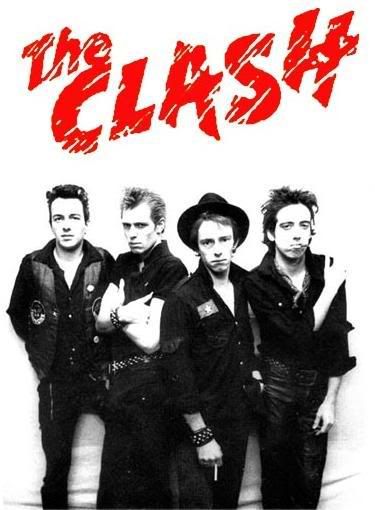 « The Clash » is a pop rock band. It is one of the most important bands in rock history. This group began its career in 1976 and ended it in 1986. The 4 main musicians of this band are Joe Strummer and Mick Jones who were both on guitar and vocals, as well as Paul Simonon the bassist and Topper Headon the drummer. There are also other equally important members, Keith Levene and Terry Chimes.

In 1976, The band was born in a London suburb, in Ladbroke Grove. The band was led by Mick Jones, singer and guitarist. To form a band, he decided to recruit Joe Strummer, a singer and guitarist who, at that time, was the leader of a band called “The 1010’ers “and recruited three other people including Paul Simonon, Keith Levene and Topper Headon, who were the first members of the band.

You should also know that the band was born thanks to a concert of  » the Sex pistols ». Joe Strummer attended their concert and was seduced by pop rock after which Joe joined the band « The Clash ».

They composed their first album in 1977 entitled The Clash and it was with the hit « White Riot » that they started to be known in the UK.

In 1978 they released a new album entitled « Give’ em enough hope » which reached the second place on the British charts.

In 1979, they continued to release many other famous songs like « Train in vain »or « Clampdown »

Unfortunately, tensions started to rise in the band especially between Jones and Strummer who had trouble collaborating with other musicians, and yet, they released a new album entitled « Combat Rock » . Because of the growing tensions many members left the band like Terry Chimes and Keith Levene then other musicians joined him.

The Clash adventure ended quite quickly in 1985, when Strummer dissolved the band. Strummer died 17 years later at the age of 50 after a heart attack.

As for Mick Jones, he became a producer and Paul Simonon played in some bands such as « The good, the bad and the queen ».